Cannabidiol oil (CBD) derived from cannabis and hemp plants has been used and recognized anecdotally within the medical cannabis community as an effective treatment for seizures related to epilepsy since the mid 2000s.

In spite of this, Charlotte’s parents endured a long battle to get adequate treatment for their daughter’s seizures. At the time, no studies or clinical trials for CBD existed, and they encountered trouble finding two Colorado doctors to grant such a young patient a medical marijuana card.

Unfortunately for Charlotte, Dravet syndrome has an early onset, and many feared that prescribing such a young person medical cannabis would be irresponsible due to the psychoactive nature of the plant. Even though CBD has no psychoactive effects, its association with cannabis dissuaded many physicians from working with Charlotte’s parents to implement a treatment plan.

But the couple’s gamble paid off. After securing two doctor recommendations, Charlotte’s parents found a dispensary in Denver with a high CBD, low THC strain called R2 available. They bought all of it, and had a friend extract the oil. After they administered the extracted CBD oil, their daughter saw a remarkable reduction in seizures.

In fact, she didn’t have another seizure for 7 days. Her father, Matt, described to CNN following her continued treatment that, “I literally see Charlotte’s brain making connections that haven’t been made in years.” In comparison, there were points where Charlotte couldn’t walk before she began CBD therapy.

Today, the legal barriers surrounding CBD’s potential as an anti seizure drug have been all but pulled down. 33 states offer medical marijuana, and 10 more offer cannabis for all adults. As cannabis’ acceptance has grown over the past decade, CBD has been adopted in the mainstream.

Late last June, the FDA approved Epidiolex, making it the first government sanctioned cannabis derived substance for those with severe forms of epilepsy. Now, like Charlotte, those 2 years of age and older with Dravet syndrome and Lennox-Gastaut syndrome (LGS) who do not respond to current medications may use epidiolex.

As cannabis acceptance grows nationwide, demand for chemicals derived from the plant, including CBD, have increased. But why does CBD help those with severe seizure disorders? To answer this question, we must go inside the body’s endocannabinoid system, or ECS. We also will examine how anxiety, a common co occurring disorder, may color CBD’s effects.

When ingested, CBD oil interacts with your body’s endocannabinoid system

The ECS exists throughout the human body as a system of receptors and chemicals. Endocannabinoid systems can be found in animals as well as humans, and they provide useful models for investigators to further understand the human ECS and how cannabis chemicals like CBD act upon it.

Two types of receptors, CB1 and CB2, populate the ECS. These receptors work together with ECS chemicals to regulate many important physiological processes. These include but are not limited to hunger, pain sensation, memory, wakefulness, and, important for our purposes, processes specific to seizure reduction.

Inside your endocannabinoid system, your body produces chemicals known as endocannabinoids. These endocannabinoids, like anandamide or 2-AG, bind to and block the CB1 and CB2 receptors that make up the ECS, working in a sequence as regulators for bodily processes.

For example, when the ECS releases anandamide, it produces feel good effects similar to that of an endorphin. After a certain amount of time, fatty acid amide hydrolase, or FAAH, is released, which metabolizes anandamide. FAAH acts like an anandamide break, switching on and off to regulate things like sleep, appetite, and digestion.

In their 2017 investigation, Roberto Colangeli et al directly compared two groups of rats induced with seizures via electric shock. His team inhibited all the CB1 receptors in the first group of mice, but inhibited only FAAH in the second group of mice.

Both groups saw, “sensitive anti seizure effects,” but the second group of rats saw restoration of long term potentiation, a synaptic memory mechanism that over time, multiple seizures impair. Due to this, people like Charlotte would often lose memories following their seizures.

Colangeli et al’s results suggest that targeting specific endocannabinoids like FAAH through the action of CBD may represent a “potential strategy for the development of a new class of drugs for treatment of both seizures and comorbid memory impairments associated with epilepsy.”

Therefore, studying and observing the endocannabinoid system’s response to CBD helps us address the multifaceted nature of life with epilepsy.

When we examine the ECS of people with seizure disorders, and animal models, we better describe how and why CBD derived treatments benefit those with epilepsy. But what other factors could be at play behind CBD’s efficacy for treating seizures? 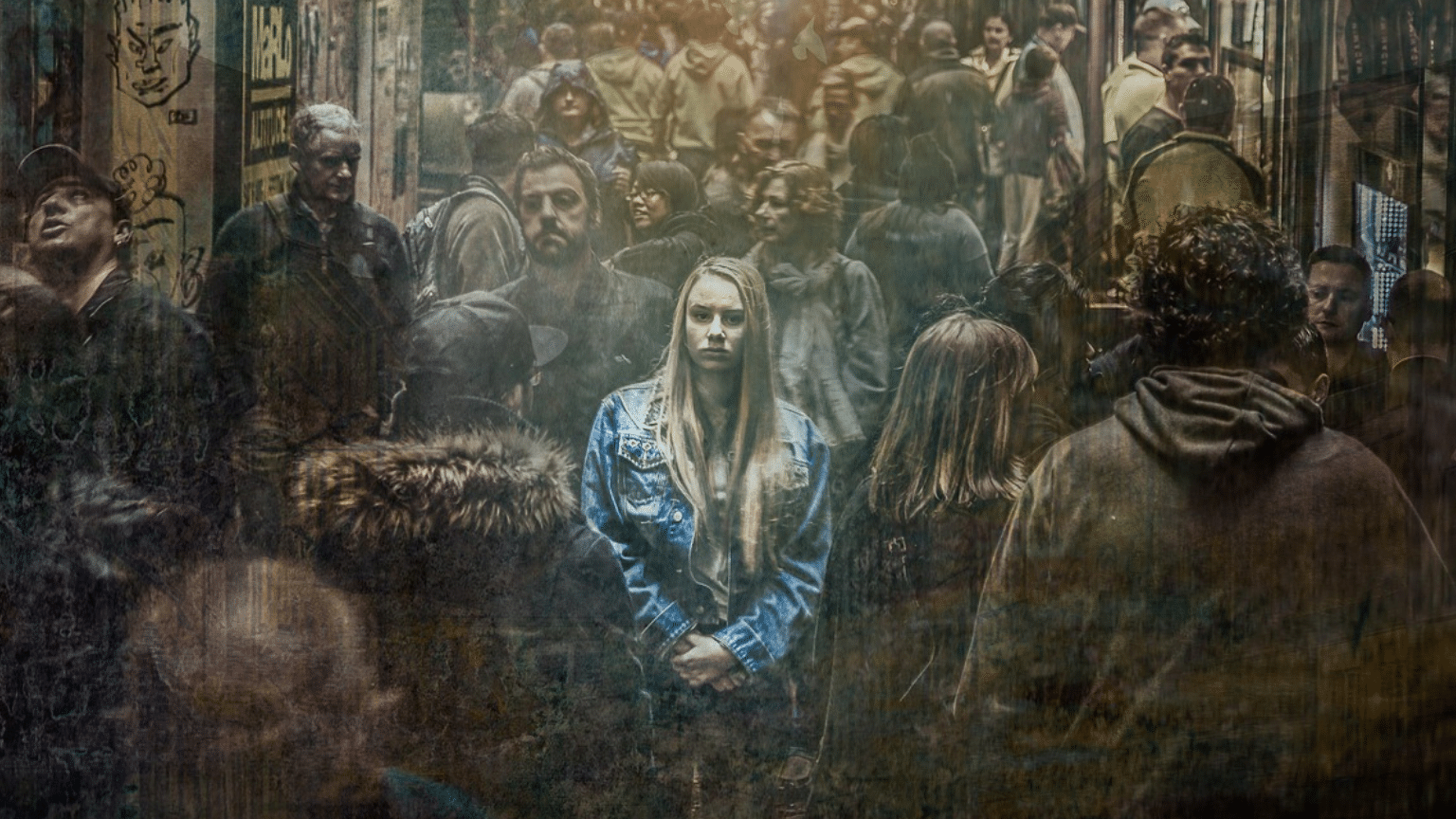 Anxiety and epilepsy often go hand in hand. This may help further explain why CBD has long been associated with positive outcomes for those with epilepsy.

According to Epilepsy.com, 20-50% of epileptic people also have some form of anxiety disorder. More often than not, patients first begin experiencing anxiety following their first seizure, as they wait and fear the next approaching one. CBD may not only help with the physical symptoms of epilepsy, but the mental ones, like anxiety, as well.

For example, CBD helps decrease anxiety by interacting with the limbic system, the area in the brain responsible for basic emotions like pleasure, fear, and anger, as well as drives, like hunger and reproduction. The limbic system is a key area for the regulation of emotions, and as such, it plays a large role in anxiety.

In their 2003 study, José Alexandre de Souza Crippa et al examined CBD’s potential as an anxiolytic. To do so, they conducted a within subjects investigation on two groups of 5 men.

Each group took a 400mg dose of CBD along with a placebo during separate one week phases. Investigators measured their resting regional cerebral blood flow before and after each week interval. They also assessed anxiety using the visual analog mood scale, which has been found to be a valid and reliable measurement of mood.

Furthermore, the brain regions they predicted anxiolytic effects would occur contained smaller amounts of endocannabinoid reuptake, paralleling Colangeli et al’s findings that CBD reduces the action of the FAAH brake, allowing cannabinoids like anandamide to avoid reuptake and stay active in the ECS for longer intervals.

These parallel findings help explain why CBD has such remarkable potential as an anti epilepsy treatment. Not only does CBD help reduce epilepsy’s physical symptoms, like seizures, but also the mental aspects like memory loss and anxiety that often accompany life with these disorders.

Instead of focusing solely on one symptom, like seizure reduction, CBD therapies may improve memory impairment and anxiety for patients. By addressing life with epilepsy in this broader sense, CBD treatments may get to the root cause of the condition, and not just treat the most physically manifested symptoms.

In closing, it’s important to note that epilepsy impacts each patient differently, and no two cases are alike.

In much the same way, not everyone responds to chemicals like CBD in the same way. Your genetics may influence the availability of open CB1 receptors in your ECS, limiting the impact of cannabis chemicals like CBD. Your past history with cannabis, and the amount and quality of CBD you use will impact the way CBD interacts with your body.

Therefore, CBD oil may not be right for each case of severe epilepsy, and one should always consult a trained medical cannabis physician before beginning a CBD oil regimen aimed at reducing seizures or other symptoms of epilepsy.

With cannabidiol oil treatment finally approved federally, there’s no telling what we may learn next about CBD’s potential for those with epilepsy.