The passage of the Cannabis Act back on Oct. 17 was a landmark moment for cannabis in Canada which heralded the country’s most substantial shift in drug policy in decades. But despite Canada’s giant leap forward to more sensible cannabis laws, some things never change, like the age-old battle between 420 Vancouver organizers and the Vancouver Park Board.

If you thought legalization would have made the City of Vancouver and its park board more amenable to cannabis-related events, you are dead wrong. In fact, in the Vancouver Park Board’s 2019 calendar of major events, the 420 protest is not even listed!

“We do not allow smoking in parks [and] we will never ever permit this event”.

It should be pointed out that drinking is also prohibited in Vancouver parks, but special events can get permits to allow attendees to do just that, and in much the same way, the Vancouver Park Board could permit a cannabis event like 420 as well- they just refuse to based on ideological grounds.

Much the same as last year, city officials don’t want 420 at Sunset Beach (or any other park, for that matter), where it has been held ever since event organizers relocated there from the Vancouver Art Gallery back in 2016.

Yesterday, the Vancouver Park Board announced on Twitter it had approved the “future of the 420 cannabis event motion with amendments”.

In addition to wanting to ban the sale of cannabis and cannabis-related products, the Park Board has pledged its commitment to relocating 420 by 2020.

According to 420 organizer Dana Larsen, the city reached out to him about relocating 420 from Sunset Beach all the way back in 2016.

There was only one thing…

Well, horse shit, to be more accurate, as the city’s proposed location is the same site that holds Cavalia, a touring equestrian show created by a co-founder of Cirque du Soleil.

Here’s an aerial photo of the site at the time. The big tent is only there during the Cavalia shows.

You can see it’s all rocks and mud. You can see the police cars parked there.

There are zero other outdoor events held there, and with good reason. It’s not a suitable spot. pic.twitter.com/7IAyE8B0l9

The location is situated at 299 W 1st Ave, which is very close to the Cambie Bridge on the Olympic Village side, and it is located mere blocks from Vancouver Police Department headquarters.

In fact, as Dana mentioned, it’s so close to VPD HQ that the parking lot you can see just a few feet away from Cavalia’s white big top tent is mostly filled with police cars. In addition, Mr. Larsen said city staff told him that not only would the police cars be parked there during 420, the city had not even discussed the proposed location with the VPD!

The proposed location and its close proximity to the VPD might be a coincidence, but it could also be seen as a subtle intimidation tactic and hostile gesture as being surrounded by cop cars could make many 420 attendees feel scared and unsafe, given that police have harassed, arrested, demonized, and otherwise oppressed peaceful cannabis users for almost a century.

This isn’t the first time the VPD has had to wrestle with its legacy of being on the wrong side of history through its enforcement of discriminatory and unjust laws. In 2018, the Vancouver Pride Parade made headlines for its decision to ban uniformed police officers from taking part in the parade based on a “history of oppression”, as homosexual activity, much like cannabis, used to be illegal in Canada, which means police officers across the country targeted, arrested, and jailed individuals whose only “crime” was being gay for decades.

What’s more, the Cavalia site has only ever held the Cavalia event, which makes you wonder how suitable it is for an outdoor event like 420, and why no other event has been hosted there.

According to an archived version of Cavalia’s website, its white top tent can hold up to 2,000 spectators. Notice how much space it takes up on the site?

Meanwhile, last year’s 420 event at Sunset Beach drew a crowd of 40,000 according to the Vancouver Police Department, which was more likely than not a conservative estimate to downplay the event’s popularity, while Dana Larsen has said the crowd got as large as 100,000 people– and that’s not mentioning the hundreds of vendors or the massive stage 420 organizers build for musical performances and speeches which might leave you wondering, “How is all of that supposed to fit on the small site proposed by the city?”

Also worth noting is that the proposed site is barely used, even by the one event it hosts as Cavalia has only come to Vancouver twice- in 2014 and 2017.

By offering such an unsuitable location, the Vancouver Park Board may have been attempting to sway public opinion as the city could then turn around and label 420 organizers uncooperative when the proposed location was inevitably refused. If the past is any indication, we should be aware and wary of any of these PR tactics as the battle between the Vancouver Park Board and 420 organizers heats up again with the event only a couple months away.

420 vs. Vancouver Craft Beer Week: The hypocrisy is very real 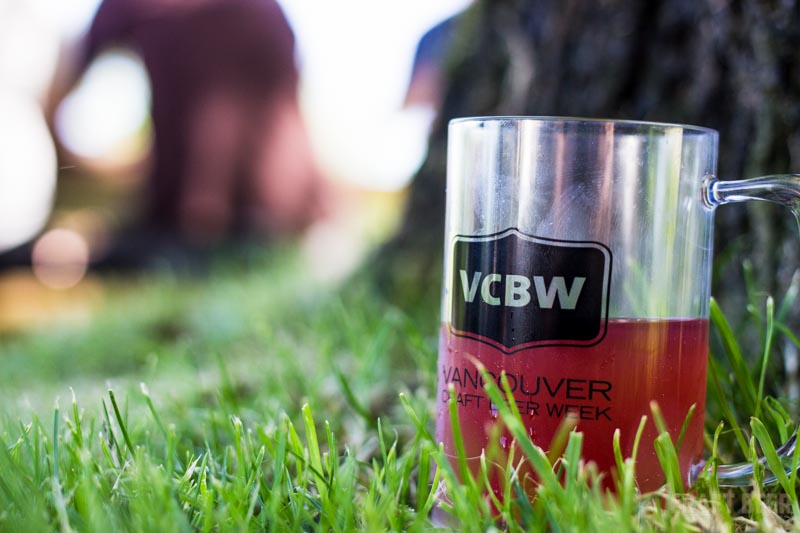 There are 10’s of thousands of alcohol-related deaths each year, while the number of people killed by cannabis is practically zero. There are also no known medical benefits of alcohol, while 25 countries around the world have recognized the benefits of medical cannabis by legalizing it.

These are just a few of the differences between alcohol and cannabis, but perhaps the most important one is how heavily cannabis is still stigmatized in society to this day.

While it’s hard enough for cannabis consumers to even get a single day to celebrate their beloved plant, a festival dedicated to beer gets its own week in June!

I’ll be honest. I love Vancouver’s craft beer scene and I think it’s one of the many things that make the city an amazing place to live, but I hate society’s double standard when it comes to alcohol and cannabis.

The booze celebration is held at the PNE Fairgrounds, which hosts “1,600 event days annually”, according to a media release– which works out to over 4 events per day! Meanwhile, the city’s proposed location for 420 has held 2 events in the last 5 years.

Craft Beer Week is also a ticketed event and the cost ranges from $35-140. Once inside, you can expect to pay $2 for 4 oz of beer, which is equivalent to $6 a can or $8 a pint. Going to 420 won’t cost you anything as it’s a free event that welcomes everybody.

Vancouver Craft Beer Week began in 2010, and on its website it says:

“Over the past 10 years, [Vancouver Craft Beer Week] has evolved from Canada’s first-ever craft beer week into a cultural engine that showcases music, food, art, and craft beer at events across the city, from the last Friday of May to early June every year.”

Meanwhile, the 2019 edition of 420 Vancouver will be its 25th year, and first since legalization.

But is 420 even needed anymore?

People have questioned whether 420 is even necessary anymore, but with all the stigmatization and heavy-handed efforts of the city to kick it out of its parks, it’s needed more than ever.

As Dana Larsen succinctly (and rather sarcastically) put it:

People who say we should cancel 420 since legalization have a point.

Just like there’s been no more women’s marches since women got the vote.

And how pride parades were all cancelled when gay marriage was legalized.

Once there’s a change in the law, no more protests!