Hemp is poised for a comeback.

The fast-growing plant related to marijuana was farmed across the U.S. for more than a century, its strong fibers woven into rope and textiles. Cultivation was largely banned from 1970 until December, when President Trump signed a new $867 billion farm bill that removed hemp from a list of federally controlled substances.

Hemp’s return to farm fields this spring coincides with a surge in demand for cannabidiol, a derivative of hemp or marijuana that has become a popular additive in drinks, foods and dietary supplements. Proponents say it relieves anxiety, inflammation and other maladies without the psychotropic ingredient that delivers a high to marijuana users. 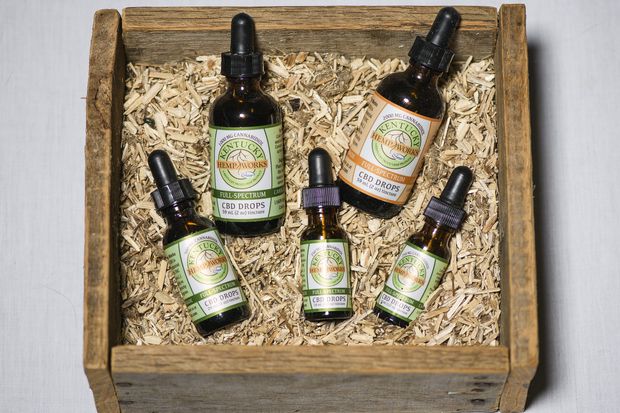 Farmers and processors believe growing demand for cannabidiol will turn hemp into a lucrative cash crop. Sales of products containing cannabidiol and other types of hemp will rise nearly 10-fold over a decade to $2.6 billion in 2022, according to New Frontier Data, a cannabis research firm.

“The stigma is totally evaporating,” said David Bronner, chief executive of Dr. Bronner’s, a soap company that uses hemp in its products. “That’s going to be game-changing.”

Devin Jamroz, chief executive of Colorado-based SteepFuze LLC, a maker of cannabidiol-infused coffee beans and teas, said brokers have tried to lure away his suppliers of cannabidiol, anticipating a run-up in demand for products that contain it. “They are expecting prices to go bonkers,” he said.

That kind of speculation points to risks facing the nascent industry. Some agricultural advisers have warned farmers to make sure they have lined up a processor to buy their crop. And states have a complicated patchwork of regulations for selling products with cannabis-based ingredients, including cannabidiol, that can complicate trade across state lines. The Food and Drug Administration has issued warnings to companies making unsubstantiated claims about their product’s benefits.

“There’s a lot of confusion out there,” said Perteet Spencer, a principal at analytics and consulting firm Spins, who is discussing hemp with brands, retailers and investors.

The FDA said last month that it is exploring national guidelines for products containing cannabidiol.

Some U.S. farmers are eager to win back market share from producers in Canada, where hemp cultivation was legalized in 1998. U.S. hemp imports rose more than 10-fold in the decade through 2017 to $67 million annually, federal data shows.

“This crop was growing and flourishing just across the border, and it just drove us nuts,” said Roger Johnson, president of the National Farmers Union.

Hemp flourishes in rocky soils inhospitable to other crops. It also represents a new potential revenue stream for tobacco farmers abandoning that crop. Other growers are eager to diversify away from mainstream crops after several years of low prices spurred by a production glut and trade tensions.

Tony Kurtz, an organic grain farmer from Wonewoc, Wis., plans to plant 10 of his 200 acres of organic crops with hemp this year. He would like to grow more if he can find a reliable route to market. “It’s fledgling,” Mr. Kurtz said. 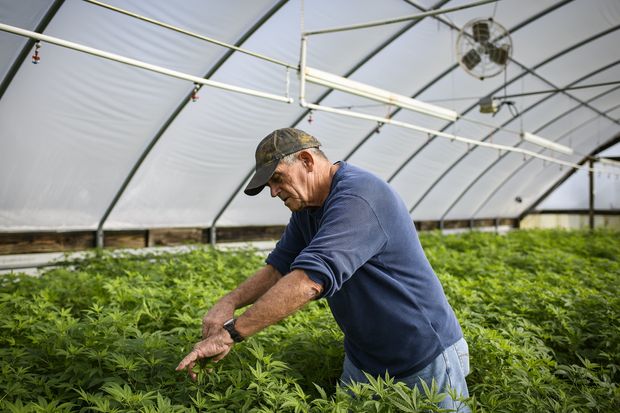 Growers can earn $200 to $400 an acre growing hemp for use in textiles, plastics, insulation and construction materials, according to Rodale Institute, a farming research agency. Hemp grown for cannabidiol could earn farmers thousands of dollars an acre, according to the institute. Farmers earned net profits of around $11 per acre for soybeans and lost $62 for corn in 2017, federal figures show.

“There is no shortage of people who are interested in growing hemp,” said Katie Moyer, who has planted hemp in Kentucky since 2014 as part of a federal pilot program. She has tripled cultivation to 300 acres and purchased more farm equipment to ramp up production for hemp’s wider legalization.

Charlotte’s Web Holdings, Inc., a Colorado-based hemp distributor, said it is in talks with major retailers to stock cannabidiol products like a concentrated hemp extract it sells for $165 an ounce.

“Some are ready to go, and some are still in wait-and-see mode,” said Hess Moallem, chief executive of Charlotte’s Web.