Note: This article has been updated several times

In a suit directed at MedMen CEO and co-founder Adam Bierman and president and co-founder Andrew Modlin, filed Jan. 29 in the Superior Court in Los Angeles, MedMen former CFO James Parker claims wrongful termination and breach of contract following his November departure. Parker left Treehouse Capital, where he was COO, to join MedMen in February 2017.

In the suit, Parker says he “was confronted with an environment replete with racial, homophobic and misogynistic epithets and slurs, drug and alcohol abuse, personal humiliation occasioned by the words and deeds of the CEO and President of the company, profligate spending by both the CEO and President, their indifference to management’s fiduciary duty to the company and its shareholders, and their disdain for compliance with the law in general as well as the laws regulating publicly traded companion in the cannabis industry.

“Then in an ill-conceived scheme intended to ‘shoot the messenger,’ rather than reform their ways, the CEO and President initiated a disguised search for a new CFO behind Plaintiff’s back. When Plaintiff discovered Defendant’s scheme and confronted the CEO and President, they resorted to manufacturing a false ‘insubordination’ claim and invoking self-serving disciplinary procedures to create a pretextual paper trial which would culminate in a fabricated and unjustified termination for cause and resulting loss of Plaintiff’s contract benefits. Under these circumstances, Plaintiff’s departure from the company was far from voluntary, but rather, was compelled in the face of unreasonable, continuing and substantial personal financial and legal risk if he stayed.” 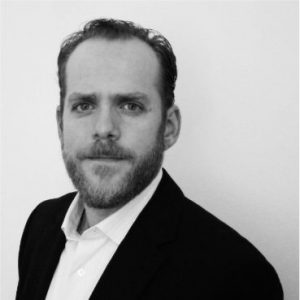 Parker’s charges open a window to alleged lavish lifestyles of MedMen executives. The suit reads: “Plaintiff was ordered to spend several millions of company dollars on such items as 24-hour armed Executive Protection (security) for the CEO, President, and their families, high-tech safe rooms and security systems for their new houses, personal drivers, private jets (often with friends and family along for the ride), luxury hotels, special order pearl white Escalades for the CEO (and another car for his family), a custom $160,000 Tesla SUV demanded by the President, tens of thousands of dollars apiece on multiple extravagant custom conference room tables and placing CEO Bierman’s personal therapist and marriage counselor on staff full-time as a ‘performance improvement expert’ at a pay rate in excess of $300,000 a year.”

The dirty laundry gets nastier: “Over time, working at MM Enterprises evolved from miserable to intolerable. By way of example, CEO Bierman and President Modlin’s persistent and pervasive misconduct during the term of Mr. Parker’s written agreement was offensive and at times unlawful: Mr. Parker was forced to tolerate being ridiculed by CEO Bierman and President Modlin for the way Plaintiff dressed (not hip enough to satisfy the Founders’ millennial culture); being called ‘fat and sloppy’; being called a ‘pussy-bitch’; having his office diminished in size; assigned to a shared a parking space with his executive assistant while less senior VP’s and Administrative Assistants had their own exclusive spots; subjected to hearing CEO Bierman’s racially inappropriate reference to Los Angeles City Councilman Herb Wesson as a ‘midget negro’ and the CEO’s characterizations of cannabis social equity programs as ‘reparations’; CEO Bierman’s references to a representative of the Drug Policy Alliance as a ‘fat, black lesbian’; CEO Bierman’s and President Modlin referring to women in conflict with them as ‘cunts’ and those with different ideas or perspectives as being ‘retarded’; CEO Bierman’s public description (in front of the SVP, Corporate Communications) of an employee who was late for work being ‘up in his hotel room fisting his boyfriend’ and instructing Plaintiff to ‘go up to his room, take his fist out of his boyfriend’s ass, and tell him to get to work’; being subjected to the CEO coming to the office and Defendant’s events high and the President getting belligerently drunk at Defendant sponsored events; the President and CEO ignoring reported cocaine use at a company event by senior staff…”

Statement from MedMen Board of Directors:

“Adam Bierman is a champion for the cannabis industry as well as diversity and inclusion in the workplace. The Board of MedMen has full confidence in the leadership and ability of Adam Bierman and Andrew Modlin to build the world’s finest cannabis retailer. Mr. Parker’s lawsuit is baseless and the Board remains confident that MedMen will prevail.”

“James Parker worked at MedMen for less than 18 months, before he resigned in November 2018. He has now filed a baseless, wrongful termination lawsuit for his financial gain. We will vigorously defend ourselves in court. Mr. Parker’s inflammatory allegations are a transparent attempt to gain attention for his meritless lawsuit. His personal attacks on my character are completely antithetical to my core values. I am married to a Latina who immigrated to this country at an early age and has been the rock in my life for the last 15 years. My business partner for more than a decade and MedMen co-founder, Andrew Modlin, is an openly gay man who inspires me every day with his vision for our company and his commitment to our mission of legalizing cannabis and helping the world discover its remarkable benefits.

“Andrew and I have always fostered diversity within MedMen’s ranks by stressing character and performance above all. Our employees come from all walks of life and represent greater diversity of gender, race and sexual orientation than most companies in the U.S. We also have assembled one of the most diverse board of directors of any company in the world. Our track record speaks for itself.”

“These are the baseless claims of a disgruntled former employee and MedMen will vigorously defend itself in court. James Parker worked at MedMen for less than a year and half, quit and is now demanding more than $22 million from the company while making wild allegations that have no basis in fact.”

The suit did not go unnoticed by the New York Medical Cannabis Business Association, which represents most of the 10 registered organizations that supply and sell medical cannabis in the Empire State, including MedMen. But on Feb. 11, the group announced that MedMen was asked to resign due to the suit, stating:

“The Association has a zero-tolerance discrimination policy for any of our members who engage in this type of despicable behavior,”

MedMen’s Yi responded: “We still support the org (NYMCIA) and its cause. We have already addressed these allegations publicly. They are patently false. They were made by a disgruntled employee and are untrue.”

The Inception Companies vs. MedMen

Prior to the Parker suit, on Jan. 9, Brent Cox and Omar Mangalji, founders of the The Inception Companies and minority investors in MedMen, filed a complaint in the Superior Court in Los Angeles against Bierman, Modlin and other MedMen entities “for alleged breach of fiduciary duties” and “withholding its shares from its shareholders.”

Mangalji added: “MedMen touts itself as a torchbearer of best practices and even claims in their advertising campaigns that they are ‘Mainstreaming Marijuana.’ If that is the case then they need to adopt mainstream corporate governance practices. This industry is exciting and rife with opportunity, but unless we engender a safe and accountable environment for individuals and institutions to invest their capital, the explosive growth will be stifled. Given the industry’s storied history and its varied stages of legality in different markets, it is doubly important that our industry be well above board in all of its corporate practices.”

MedMen said the dispute arose because of an agreement reached last year by an independent committee that prevents investors from cashing out at least until Nov. 25 of this year and called the complaint a “meritless claim by a minority investor.” 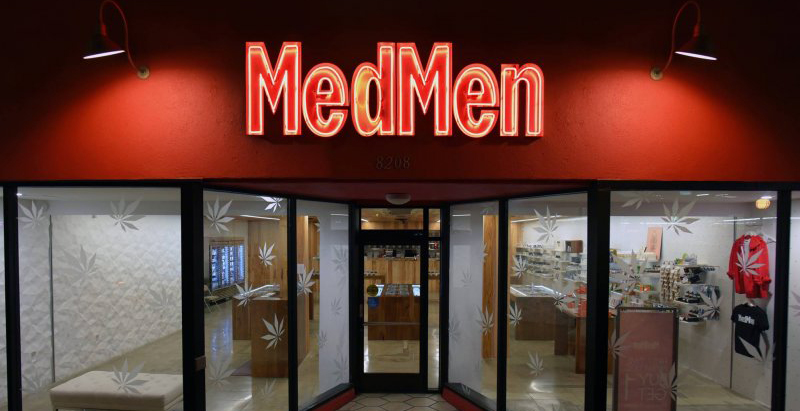 MedMen Enterprises Inc. announced Jan. 7 that Treehouse Real Estate Investment Trust had completed its first round of capital raising with $133 million, part of which will be used to purchase properties from MedMen in what’s known as a sale-leaseback transaction.

Such arrangements have become a way for companies to raise cash by selling their real estate holdings to another entity and then paying rent. For MedMen, it appears to be a quicker way to generate capital for additional growth.

MedMen (CSE: MMEN) (OTCMKTS: MMNFF) did not disclose how much of the first round from Treehouse will go toward the sale-leaseback for its properties. Both companies are based in the Los Angeles area. Treehouse was formed as a venture between MedMen and Stable Road Capital, an investment firm in real estate and cannabis businesses that’s worked with MedMen on other transactions.

Treehouse, which is governed by an independent board, holds a management contract with MedMen to oversee day-to-day operations at its facilities. At some point, Treehouse will go public, but details have yet to be set. The firm raised the $133 million through a private 144a offering to institutional buyers and accredited investors based in the U.S.

“MedMen’s relationship with Treehouse will allow us to unlock a significant value for MedMen shareholders by spinning out our real estate holdings and deploying the proceeds into accretive growth opportunities,” Bierman stated.

MedMen currently operates 16 stores and three cultivation and manufacturing facilities with plans to expand to 76 stores and 16 cultivation and manufacturing facilities in 12 states. MedMen is also working to close its acquisition of privately held retailer PharmaCann for $682 million in stock. Shareholder votes and other actions on the transaction will happen later this year.

If you enjoyed this Freedom Leaf article, subscribe to the magazine here